Miami officially the City of Miami, is a coastal metropolis located in Miami-Dade County in southeastern Florida, in the United States. With a population of 442,241 as of the 2020 census, it is the second-most populous city in Florida, the eleventh-most populous city in the Southeast U.S., and the 44th most populous city in the nation. Miami is the core of the nation's ninth largest and world's 34th largest metropolitan area with a population of 6.138 million people as of 2020. The city has the third largest skyline in the United States with over 300 high-rises, 58 of which exceed 491 ft (150 m).

Hialeah is a city in Miami-Dade County, Florida, United States. With a population of 223,109 as of the 2020 census, Hialeah is the sixth-largest city in Florida. It is a principal city of the Miami metropolitan area, which was home to an estimated 6,198,782 people at the 2018 census.

The City of West Miami, which is only three-quarters of a square mile, is nestled between Tamiami Trail and Coral Way.

Coral Gables is a city near Miami, in Florida. It's home to the 1920s Venetian Pool, carved from a rock quarry, with its grottoes, towers and bridge. Coral Gables Merrick House is the restored childhood home of city founder George Merrick.

The City of Miami Springs was founded as Country Club Estates in 1926 by aviation pioneer, inventor and land developer Glenn H. Curtiss.

Virginia Gardens is a village in Miami-Dade County, Florida, United States. According to the U.S. Census Bureau, the village had a population of 2,375 in 2010. 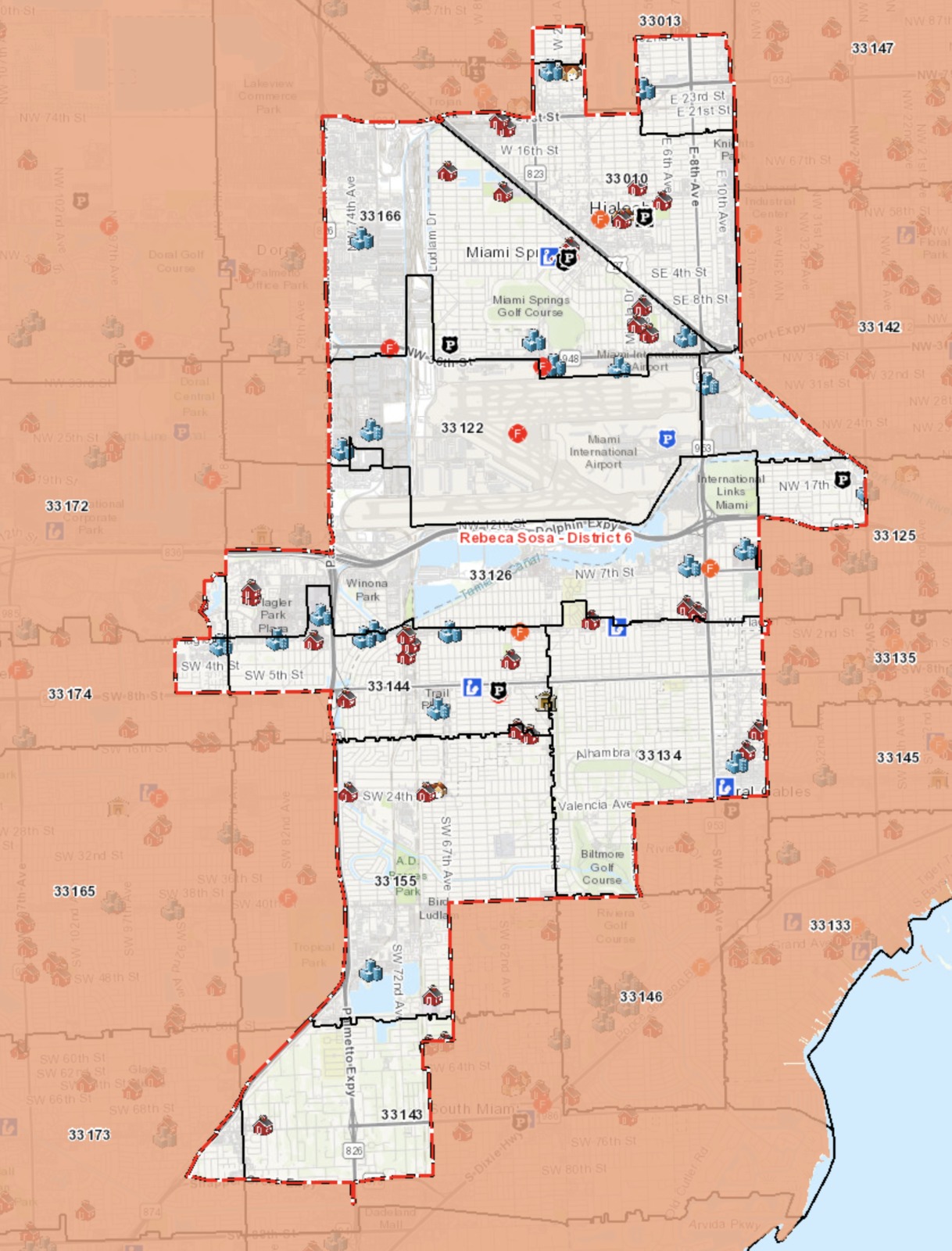